The "POW" Rolex: watches luxury for prisoners of war

Antiquorum, the auction house specializing in collection watches suggested May 13 in Geneva by many exceptional timepieces whose two Chronographs Rolex 3525 sent to prisoners of war held in Poland in the Stalag Luft III during World War II. Let's go back to the fabulous history of these historical watches, including one commanded by corporal Clive Nutting.

Let us therefore on the fabulous story of these watches historical purchased by corporal Clive Nutting and Maj R.J. Henderson. These watches were commissioned to Rolex in the 40/41 years by two soldiers, while they were held prisoners in Stalag Luft III near Bagan (present Poland). One was Canadian and the other, Clive James Nutting was a British subject.

It is specifically the watch of the latter we will discuss... Corporal Nutting was captured on 28 May 1940, and then detained in Stalag Luft III - who was the scene of 'The great escape' staged by Hollywood in 1962. Clive Nutting spent the entire war in the POW camp where he worked as a shoemaker.

Knows too how detainees were to choose these  which were mainly acquired by officers, "probably to cause their price" says Antiquorum. The fact remains that many documents from the era show that Rolex provided regularly watches the POW (prisoners Of War in English) during the second world war. Although this practice was probably limited to some camps such as the famous Stalag Luft III.

At the time, the provision of these timepieces with the POW was a financial transaction for the less risky. Indeed, the manufacturer sent its watches graciously NCM clients, considering that an officer, in true "gentleman" would not fail to pay its Bill after his release.

As well as Hans Wilsdorf, clockmaker of German nationality based in Geneva since 1919 for tax reasons took part in its way to the war effort. "But this action also allowed Rolex to test its watches in extreme conditions" precise Antiquorum. Moreover, in its correspondence with clients, the Genevan brand often requested information regarding the operation of its "Oyster".

More concretely, the Rolex 3525 Oyster chronograph stainless steel of Clive Nutting was commissioned on March 10, 1943. When that Rolex has been the purchase of this chronograph Oyster No order. 122 on the part of corporal Clive Nutting (prisoner 738), the direction of the Genevan brand has stressed "an inevitable period in the manufacture of this piece, not because of the conditions of war or restrictions, but due to a large number of orders from officers" who benefited then from the offer "buy now and pay when you can.

The watch was probably submitted July 10, accompanied by an invoice marked "free". "The watch currently costs 250 francs in Switzerland but do not worry to pay for the duration of the war," wrote to his client the founder of Rolex, Hans Wilsdorf, emphasizing the second part of the sentence.

Clive Nutting was released on May 28, 1945. His return to Britain, corporal wrote to Rolex to claim his Bill and ask for the address of a watchmaker where to set his watch that takes an hour a day "but which has remained resilient to cold" says.

It is that three years after the war, in 1948, that Mr. Nutting will receive finally a bill for Geneva amounting to 15 pounds, 12 shillings and six pence. He will retain his until his death in Australia in 2001, at the age of 90. It was then purchased at auction by an Australian for a third of its current estimate, according to Antiquorum.

The last "record" of the POW of Clive Nutting shows in the archives date of March 28, 2003. It was a revision in the amount of 2,356 Australian dollars... 63 years after her original owner became prisoner of war.

This space exclusively dedicated to the brand to the Crown is located at the entrance to the Louvre, one of the most prestigious museums in the world. More specifically, Rolex is installed on the first floor of the store dedicated to watchmaking and jewellery. Architects Interior Design in Geneva have imagined a real case of 54 m 2, which of course, adopts common to all spaces Rolex aesthetic language in the world.

Beige leather used for gainer showcases, mural wall decorations, the warm notes of walnut and the nobility of bronze, play harmonious arrangements in a range of colours and materials selected with the utmost care. With its enlightened wave pattern, the aqua glass evokes the marine universe, cheap Rolex, inventor of the waterproof watch "the Oyster". Volumes and finishes combine to make this corner a must-see for all lovers of the brand: those who appreciate the smile of Mona Lisa as well as the elegance of the Oyster Perpetual Cosmograph Daytona.

At the foot of the inverted pyramid of the Louvre, this setting will enchant customers who will be able to choose from a wide range of the collection: very many pieces, classic business, passing by the exception jewellery models. Each client will be invited to share a privileged moment and benefit from the advice of authorized watchmaker Rolex, installed permanently in the workshop and trained in the service quality and the prestige of a mark resolutely anchored in the universe of luxury. 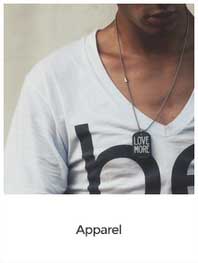 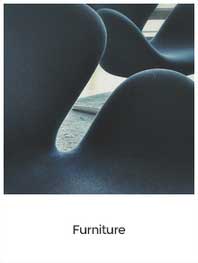 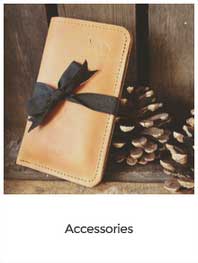